Tasha Blackstone talks: The Trust Factor in Love and Romance

Thank you Mary for having me over to play today!
As I make my way around the web and experience the joy of sharing my newest book, Echo in the Night, with everyone I have been forced to dig deep and face some interesting topics. Recently the topic of trust came up and I really had to stop and think about that one for a bit.
In my book, Echo experiences a barrage of trust issues. She comes to the realization that everything she believed was reality was in fact all a beautifully manufactured façade and while she struggles with accepting her own flaws in her inability to decipher fact from fiction, she also must decide whether or not she is willing and able to play the trust card again. Her defining moment comes when she lets go of the past and puts her life in the hands of Henry, the Vampire who fights his own inner battles of whether or not he’s going to kill her or if their growing emotional connection is enough to keep him grounded.
With all things love and romance, there needs to be the trust factor. How is it possible to give yourself to someone completely if you cannot trust in them to be true to you? Trust isn’t only set aside for our romantic relationships though. Trust is a force found between all walks of life. Parents and their children, friendships, co-workers, and even the human-pet relationship must have an unbreakable trust in order to be successful. So how do we allow ourselves to trust if it has previously been broken? As Echo learns, her trust in Henry becomes a necessity for life and though not all of us experience the same life or death situation that Echo faces, we are all faced with the decision of who to trust, how much trust do we give, and if we can ever forgive those who have broken it.
Without trust, we cannot love, and without love, we cannot live.
Blurb: 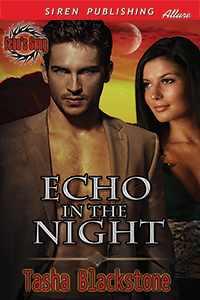 Can a Witch who was born to be a Vampire Hunter find true love with her mortal enemy?
It’s easy to live life on auto pilot and that’s just what Echo Abbott is doing. That is until everything shifts. As her house of cards begins to crumble, she meets Henry Knight. Obnoxious and gorgeous she can’t stop thinking about him and against her better judgment she wonders if he is the key to healing her broken heart.
In this dark, seductive tale set in the heart of Oregon, Echo is a Witch with remarkable powers whose gift is sought after by a power hungry Vampire, Corrine. Corrine’s brother, Henry, is a willing pawn in her fight for the ultimate power and has been tracking Echo for years. Seeking out Echo’s weakness he soon finds his desire for her is more than he can control. He wants Echo all to himself, but can he convince her that he isn’t the enemy before it’s too late or will her stubborn nature be her downfall?
WARNING, Erotic excerpt below: Mmmm
Adult Excerpt:
“Head down, love, and spread your legs for me—I want to see how wet you are.”
She obliged, pressing her head deep in the overstuffed comforter and spreading her legs wide. She could feel Henry hovering over her pussy as he took a deep breath and inhaled her arousal before she felt his tongue trail along the length of her pussy lips. She moaned into the bed and wiggled her ass at him, eager for him to take her fully into his mouth. His hands spread her cheeks apart and his tongue teasingly trailed along her slit again.
“Tell me what you want, love.”
“I want you,” she moaned.
He gripped her cheeks tighter and she heard an animallike growl rumble from his gut.
“Yes—and?”
“I want you, Henry! I want you to devour my pussy and make me come!”
“Good girl.” His mouth was suddenly pressed firmly to her, caressing his lips around her pussy lips, tongue pushing deep into her body.
She cried out into the blanket and bucked her hips, pushing against him, eager to feel him as deep as he could be. His tongue wiggled around, licking around in circles, flicking in and out. He dragged it up her slick fold, lapping at her leaking juices as he pushed her hips forward revealing her hidden clit. Her nub pulsed and tingled in wait, and when his tongue teased the tip, she cried out louder, her need controlling her vocals. He continued to flick across her clit, building up her orgasm to the point that she could barely control it. When he sucked the sensitive nub in between his lips, she was done. Her hips seized as the walls of her pussy clenched in response to the ache and pleasure that now flooded her body. As he sucked hard on her clit, draining her of every electrifying surge, her juices flowed down her slit, drenching her. Her body relaxed and Henry continued to dine on her, lapping at her nectar, licking and sucking at her lips, drinking in every last drop that her body released. When her pussy was spent, he flipped her onto her back. His lips glistened with her juices and he dragged his tongue, cleaning up the last bit that had been smeared over his mouth, as he unzipped his trousers and let them fall to the floor, revealing his dick pushing hard against the fabric of his boxer briefs.
Nervous excitement filled her as her eyes fell to his cock. Even hidden he was huge.
His fingers slid between the band and his waist and he slid the boxer briefs down over his hips, his dick springing to life, pre-cum glistening at the slit.
“Oh my gawd,” she whispered.
He looked to be a generous eight or nine inches with impressive girth, veins etched along the shaft, skin pulled tight like satin over steel, his mushroomed head purple with need.
“I’ll be gentle,” he promised.