Please welcome J.D. Faver to my blog today. She's the amazing author of the new release, BAD VIBES. Thank you for taking time out of your busy schedule to visit my readers today. I'm sure they're going to love what you've got to say.

Hi Mary! Thanks for inviting me to be your guest today. I wanted to share with your readers the setting for my series, The Edge of Texas. The location is South Padre Island and it’s situated about 25 miles north of the Mexican border on the Texas coast. It’s a very beautiful semi- tropical part of the state. This is a good image of South Padre Island with the Gulf of Mexico to the right and the Intracoastal Waterway to the left.

My just released novel, BAD VIBES, is the third romantic thriller in my series: THE EDGE OF TEXAS.
Here is the blurb and a short introduction to the excerpt I’m sharing today:
Deputy Darla Calhoun is suffering a major heartache. Lonely and bristling with anger over her husband’s financial betrayal and suicide, Darla is holding her head high and trying to be the best mom to her twin 4-year-old sons as well as a valuable member of the tight-knit law-enforcement team under the leadership of Sheriff Rafael Solis.
Darla arrests a vagrant, hanging around the marina, but after he’s cleaned up, she discovers a hunky, hard-body with a smoldering gaze hidden beneath the filthy rags. He turns out to be a federal agent working undercover. He’s after a gang of human traffickers using the Intracoastal Waterway to bring sex slaves into the United States from Mexico. Rafael assigns Darla as liaison officer to work with the feds, bringing her face-to-face with the “Iceman”, Mike Burke, the undercover agent she arrested. Darla, Mike and his partner tear up and down the Intracoastal Waterway in pursuit of the human traffickers, but when two local women disappear, the search becomes personal.
In the following excerpt, Darla and Mike enjoyed their first unexpected night of passion after the operation they had run was foiled when the kidnappers murdered the victims. Mike’s partner has taken the surviving prisoners to be interrogated and processed, leaving them alone on the boat for the first time. This is the morning after: 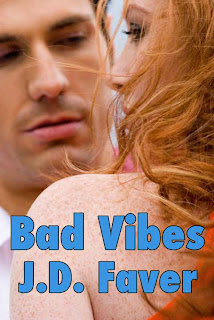 EXCERPT:
His arm was tingling, caught between the edge of the bunk and Darla’s ribcage.

She was asleep, her face on his chest.

Mike thought he’d never seen a woman look so pretty in the morning. Her long auburn lashes lay on her peach-colored cheeks, but her soft, full lips were a deep pink.

Since their operation had proved to be relatively fruitless, Mike’s frustration level should have been through the roof. Right now, his only frustration lay sleeping atop him.

He should be willing to walk away. This was an ideal situation. She just wanted him for sex.

Mike took a slow, deep breath, so as not to waken her. Yeah, this is perfect. No expectations.

He found himself staring at her face in the dim morning light and wondering why she had no expectations of him. Had men treated her so badly that she wouldn’t trust any of his kind ever again? She’s said that he was only the second man she’d slept with, so it had to have been one man who let her down. The husband? But he was dead. Mike figured that she wouldn’t be forthcoming with personal information so, maybe a little Darla reconnaissance might be in order.

It wasn’t like she was divorced. The guy died, so she probably had him on a pedestal. No man would ever be as good as the dead spouse.

And then there were her boys. Cute little kids. They looked just like her.

Mike resisted the urge to touch her, to stroke her hair or run his hand over the firm little ass. He felt the stirrings of an erection and tried to think of something less stimulating. His brain seized on the least stimulating vision he could imagine. The faces of the dead women he’d seen on the smuggler’s boat.
Yeah, that did it. No passion left brewing.
~*~

I'm participating in 31 Days of Halloween at Brynna Curry's blog, In Shadows. You are all invited to visit as I chat about those wonderful October Nights. There is something so magical about the changing of a season.

Is it the weather that makes October is wonderful, or is there something more to it? While you're there, check out some sexy paranormal books that might fulfill that desire for those darker creatures of the night.

Posted by Mary Corrales at 11:21 AM No comments:

I love the Halloween Season! Witches everywhere. Good ones. Bad ones. Cute ones. Sexy ones. And yes, even the ugly ones. The moment the clock strikes one minute after midnight on the official start of Halloween Season, these unique Beings put on their proverbial Witch's Hat, shake out the brooms, and get ready for their favorite time of the year.

The Good ones pull out their Book of Shadows and participate in "goodwill rituals" for all concerned. Lots of productive, earth-loving, and "harm ye none" Spells abound. The air is full of white energy, good thoughts and good feelings.

On the other hand....you need to be aware of the Bad witches. It's Halloween after all, and that means mischief in more ways than one. It's UH OH time. No good energy coming from this side of the coin. It's that time of year to find yourself chanting the old saying:  "...From ghoulies and ghosties, and long-legged beasties, witches and demons, and things that go bump in the night...Good Lord Deliver Us."

AND it's that time of the year to READ all the scary books, all the Romances with witches and etc., all the horror stories. In my book TEMPTATION UNLEASHED, the heroine is a White Witch. No evil spells from her. Boring? But what happens when she is confronted by an Evil Source that has all the power of black magic at his disposal? She fights back. And not in the "nice" way, either. After all, it's a choice of life or death ... and being a "nice witch" just isn't going to win the day.

Something WILD this way comes ….

Once a powerful, practicing Wiccan, Kira Douglas has reluctantly moved to wild and beautiful Sedona, Arizona for only one reason ---assume custody of her dead sister’s daughter. She immediately runs into an obstacle. The child’s uncle, disturbingly sexy Aiden Calhoun, refuses to give her up.

Aiden has good reason for not allowing Kira custody of his precious niece. The child is half witch, half shapeshifter. Allowing her to take the girl could expose the family’s shapeshifting secret he has spent a lifetime protecting.

Their instant attraction isn’t just an inconvenient temptation. It could put his entire family in danger.
But an Evil Force is re-emerging, bent on destroying everything they know and love. The only way to survive is to put all differences aside.  Overcome the nightmare that once broke Kira’s faith.  Fight together.

Posted by Mary Corrales at 12:00 AM No comments: